History is curious and never fails to surprise us. Today I am going to tell you about Alexandrina of Prussia, the daughter of the last heir to the German throne: Prince Wilhelm of Prussia (1882-1951) and his wife Princess Cecilia of Mecklenburg-Schwerin.

Alexandrina was born in 1915 and was the prince’s fifth child, and first girl. She was born with Down’s syndrome, but she was never hidden from the public eye, as frequently happened with other children with disabilities at the time. Her parents and siblings familiarly called her “Adini”.

She had a quiet childhood in Potsdam with her family. Between 1932 and 1934, she attended the Trüpersche Special School in Jena, the first European educational institution concerned with the academic and artistic education of children with physical and psychological disabilities. In the summer of 1934 she was back in Potsdam, where she lived for two years until 1936, when she moved to Bavaria. She remained there until the end of World War II in 1945, when she moved to a small house near Lake Starnberg where she spent the rest of her days.

Alexandrina died in 1980 at the age of 65 and remains buried in St. Michael’s Abbey above the Hohenzollern castle near Hechingen.

Unlike her distant cousin, Prince John of the United Kingdom, who was kept out of the public eye due to his autism and epilepsy, Alexandrina’s condition was well known and she frequently appeared with the rest of the family at public events and postcards.

She was one of the most beloved daughters of the family, who was always very well treated and respected.

Alexandrina was a genuine and beautiful princess.  You can see here a series of photographs that I have found of her: 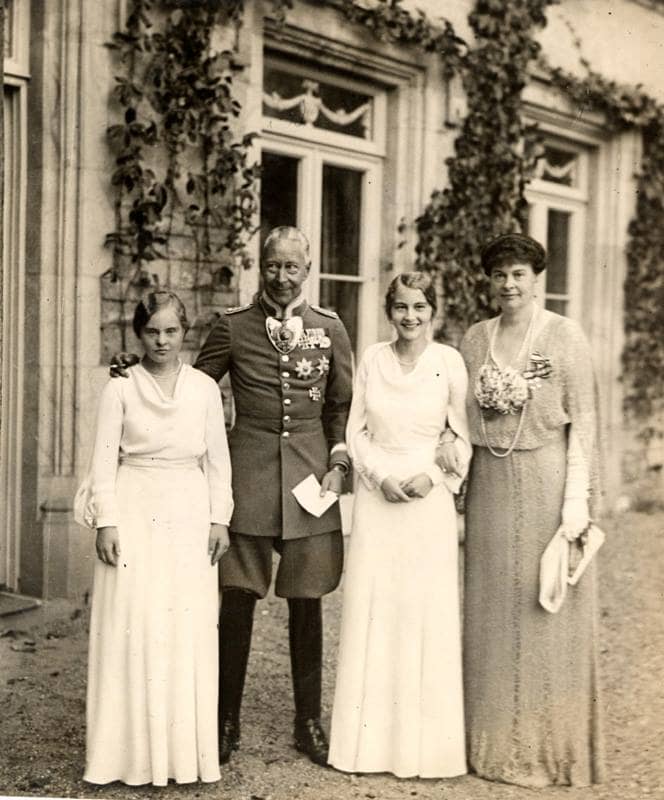